Jauflione Chapter Daughters of the American Revolution met in regular on March 4th, 2022 P.M. at the Christian Church in Memphis Mo. Regent Kauk opened the meeting in ritualist form with all members present participating in the Pledge to Allegiance, American’s Creed, National Anthem, and Preamble to the Constitution, and the Pledge to the State of Missouri. Roll call, Show and tell an antique item, was answered by 10 members. Those attending were: Nelda Billups, Rhonda Davis, Debbie Kauk, June Kice, Patricia Miller, Mary Morgan, Suzy Pool, Joan Rood, Reta Stott, and Patricia Triplett. Regent Kauk gave the President General’s Message and the National Defense Report. The minutes of the February 4th meeting was read with one correction. The Treasurer’s report prepared by Kathy Kiddoo was given by Regent Kauk.

Report of Officers: Patricia Miller, Registrar, reported that the new applications for Elaine Forrester and Jade Parrott were verified and are waiting for approval. Patricia is still working on the application for Mary Rasmussen. Regent Kauk introduced Kathy Wade of Cantril Iowa. Kathy has recently moved to Cantril and would like to be a member of our DAR Jauflione Chapter. Kathy will be connected by a cousin who lives in Michigan.

Report of Standing Committees: Regent Kauk is taking nominations for officers for the coming year of 2022-2023. As of this meeting we have, Vice Regent- Debbie Kauk, Registrar-Patricia Miller, Secretary Patricia Triplett, and Chaplain- Nelda Billups. A motion was made by June Kice and seconded by Nelda Billups to accept this docket of officers. Motion voted on and accepted. We are still waiting on a nomination for the Regent position. A committee was appointed for arranging programs for the 2022-2023 year. The members of this committee are: Reta Stott, June Kice, Treva Wittstock, Joan Rood, Patricia Miller, and Nelda Billups.

Unfinished Business: The President General, Denise Doring VanBuren will be visiting the Missouri Capitol Rotunda on March 15th, 2022. During this visit the names of Eusebius Hubbard and John Hahs will be added to a plaque that commemorates the Revolutionary War services of soldiers and patriots who died in Missouri. Eusebius Hubbard is from one of our member’s line belonging to Carol McCabe.

Our program was given by Marcia Morse who spoke on the subject of Tombstone Cleaning and Mike Kauk who spoke on Tombstone symbols meanings. There are 3 cleaning products that should be used for cleaning Tombstones, 1. Orvus Soap, 2. Prosoco Enviro Klean Revive, 3. D-2. These 3 recommended cleaners will not damage the Tombstones. Marcia’s presentation had many usefull tips on cleaning and preserving the Tombstones. Mike Kauk’s presentation was very interesting also. During the 16-18 centuries many Tombstones used symbols as many people were illiterate. Mike examples of symbols included: Acorns=Prosperity, Angles= Children graves as well as many more. Mike also explained in the 1800’s graveyards were renamed Cemeteries. Thank You Marcia and Mike for very informative programs.

Meeting was adjourned. Refreshments provided by Patricia Miller were enjoyed by all. 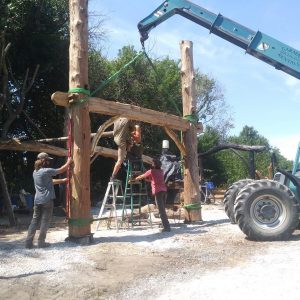 Moving on to the New Normal: A Dancing Rabbit Update