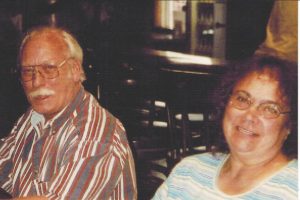 Alan Lester VanGorkam of Mt. Sterling, Iowa went to be with his Lord Jesus Christ on Sunday January 30, 2022, at his home.

He was born in northern Iowa on February 2, 1951. He spent his early childhood there, then southern Colorado and later in Memphis, MO.

He was preceded in death by his father Lester VanGorkom of northern Iowa; his mother, Olive Todd from Ireland; sister Patty, brother, David, and grandson Brandon. A graduate of Scotland County High School, he worked many years as a mechanic in Memphis.

He and Linda attended Scotland County school together. Their lives crossed again in 2001. He enjoyed hunting and fishing. Many of his favorite stories included adventures with his children of just this.

Alan and Linda enjoyed most everything in their life if they were together, they were happy traveling, dancing, cooking, eating, 4-wheeling outdoors. They were just as happy doing nothing.

He loved to make people laugh! Family and friends were very important. However, since 2008 health issues were a truth in his life. With each year a greater struggle. But proud and strong, he remarried.

During his journey through 2021, he came to know just how many family and friends he truly had. Love, prayers, well wishes were beyond expectations. Doctors and healthcare workers saw him fight back against all odds. There has been such a tremendous amount of support. We both felt so very blessed.

His body has been entrusted to Iowa Cremations. A celebration of life will be held this summer. Such date will be posted.

He and Linda will again be reunited at the time of Linda’s death.

A date will then be set for burial at Harness Cemetery in Mt. Sterling, Iowa.