MEMPHIS, Mo.- 4/26/21- It was senior night at Tiger Field last Monday, but it was a junior that stole the show. The Scotland County Tigers (7- 6) outdueled the Schuyler County Rams (4-9) to a 14-9 victory, and the five RBIs that Lucas had made the difference. He went 4-4 at the plate, with a single, double and a pair of home runs. His homer in the 5th was a two-run blast while his dinger in the 6th was a solo shot.

Scotland County started off hot, scoring four runs in the 1st inning. They scored another run in the 2nd and two more in the 3rd. It looked as if the Tigers were going to cruise to an easy victory.

But after both teams went scoreless in the 4th inning, the Rams blasted their way back into the game with six runs in the 5th, trimming the Tiger lead to one. But the Tigers had an answer and plated five runs of their own. Carson Harrison led the inning off with a double and Lucas followed up with a huge shot over the left center field fence to score him. When the dust had settled on the inning, the Tigers led 12-6.

The Rams continued to chip away and put three more runs on the board in the top of the 6th. But the Tigers scored two of their own with a Lucas solo home run and a Payton Frederick double to score Owen Triplett. Scotland County led 14-9 after six innings. Kade Richmond struck the first two hitters of the Ram 7th out and his defense got the 3rd out two hitters later to seal the 14-9 conference win.

Harrison got the start and the win. He worked three innings facing 13 hitters. He struck out four and walked four, giving up one hit and no runs. Lucas worked 2 2/3 innings facing 19 batters. He struck out seven and walked one, giving up nine hits, including a home run, and nine earned runs. Richmond mopped it up for the final inning and a third. He faced six batters, striking out three and allowing only one hit.

Mason Moncreif got the start for the Rams and took the loss. He worked three innings and faced 18 hitters. He struck out two and walked two, allowing eight hits and seven runs. Six of the runs were earned. Ryan Farris worked the next 1 2/3 innings. He faced 11 batters and struck out two. He allowed one walk and four hits, including a home run. He gave up five runs, two of which were earned. Connor Smith worked the final inning and a third. He gave up the second Lucas home run. He allowed three total hits and gave up two runs, both earned.

Moncreif was two for three with three RBIs. Farris and Gavin Veatch had two RBIs apiece, and Branson Morrison and Taren White each had one RBI. Kale Windy was four of five at the plate. 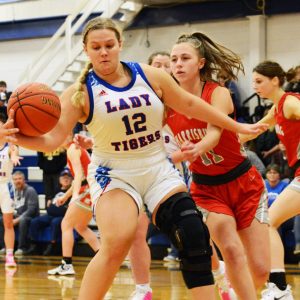 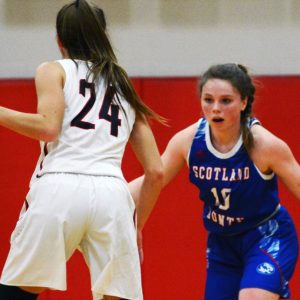 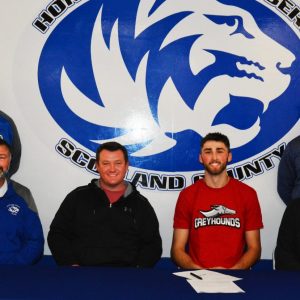 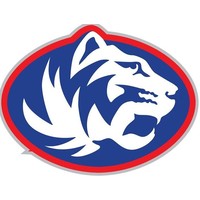 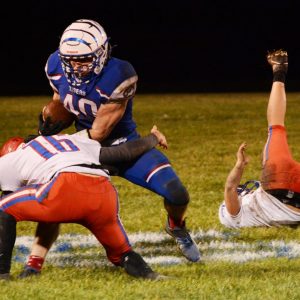