Wesley Eugene May 82 of Columbia, formerly of Moline, IL passed away Wednesday, June 29, 2022 at The Neighborhoods by Tiger Place in Columbia, Missouri.

Wesley was born January 15, 1940 in Novinger, MO to Victor David and Blanche Viola (Roberts) May.  Wesley was raised on the family farm north of Novinger.  He attended the Novinger Public Schools graduating High School in 1958.

Shortly after high school graduation Wes started his first job as a baker with the Palace Bakery in Kirksville, MO.  Shortly after his first daughter was born he moved to Moline, IL and began working for John Deere in the machine shop at John Deere Plow and Planter works. He stayed there thirty-five years retiring December 31, 1998.  His work at Deere was challenging but he loved what he was doing always making a replacement part from a block of steel to just getting the factory back up and running.  Deere was continually sending Wes to school to better his profession going to places like Chicago, Detroit, Atlanta and the Quad Cities.

Survivors include his wife, Marilyn May; two children Edith (Edie) Swisher and husband Chris, David May and wife Lisa all of Columbia, MO.  Four grandchildren Courtney Swisher, Brittney Swisher, Tori May, and Ian May. A sister Josephine Billington of Greentop, MO; brother Luther May (Daisy) of Novinger, MO; and sister Carolyn Nolen (David) of Thompsonville, IL; brother-in-law Paul Lucas of Queen City, MO.  He is also survived by several nieces and nephews.

He was preceded in death by his parents, one daughter Beckie Lou, one sister Mildred Lucas, and one granddaughter, Heather Swisher.

Memorial donations in memory of Wes may be made to the ALS Association and may be left at or mailed to Travis-Noe Funeral Home, P.O. Box 306, Kirksville, MO 63501. 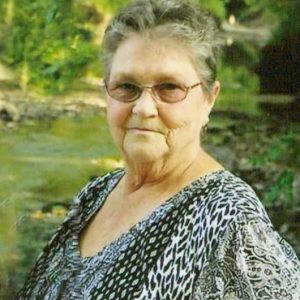