She was born September 7, 1930, the daughter of Charles E. Peck and Ada Janette Gristy Peck, in Hitt, Missouri. She moved with her family to Memphis, Missouri, in 1938, and was the fifth eldest of 10 Peck children to live with their parents in the big white house at 307 Maple Street.

She graduated Memphis High School with the Class of 1948. She was active in athletics and played basketball and softball, starting a family sports legacy that spans four generations. She developed lifelong friendships with classmates and worked at Hendrick’s Drug Store, D’s Gifts and the local movie theatre. Upon graduating in 1948, she was employed in the offices of family business Peck Construction.

Joy married Harvey Lee Musgrove on November 6, 1949, at St. Michael Catholic Church in Kahoka, Missouri. They started and built a life together in Gorin, where they farmed, ran a respected bulldozing business, and raised eight children— Joleen, Carleen, Christine, Dana, Stuart, Meleia, Michele and Meredith. After 46 years of loving marriage, Harvey preceded Joy in death in 1995.

Joy lived her name. As the matriarch of her family, she brought an artist’s flair, constancy, and a generous dose of fierce love, ornery fun and compassion to the many chapters of her life. She loved babies, birthdays, holidays and making a cozy, welcoming home. She would tell stories with a twinkle in her brown eyes (rumor has it she kept a dragon in the basement) and was ahead of her time scattering elves on her shelves for grandchildren to spot. She worked hard, cheered loudly and sang memorably. She loved you a bushel and a peck, and you knew it. She was an excellent cook, whether feeding a family gathering of five or 40. She was an avid reader, crossword puzzler, and non-stop solitaire player, until she no longer could be. She still brought joy to her family’s lives and was special to many others who will cherish their memories of Joy.

Joy was also an active supporter of and parent volunteer at Gorin R-3 schools, a longtime leader of the Gorin Go-Getters 4-H Club, a member of the Cedar Grove Club, and parishioner of St. John Catholic Church in Memphis.

Joy Musgrove is survived by:

In addition to her husband, Joy was preceded in death by her parents, by siblings Verna Purvis, Verlee Clark, Cecil Peck, Mary Margaret Russell, Carlos Peck and Jewel Fleming, and by brother- and sister-in-law Wayne and Letha Musgrove.

Visitation was held June 10 at Payne Funeral Chapel in Memphis. The family requests memorials be made to the following: Gorin Fire Dept. for First Responders; St. John’s Catholic Church; and The Alzheimer’s Association. 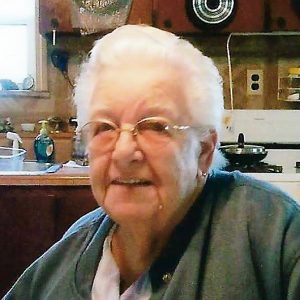