Alderman Harris made a motion to approve the minutes. Alderman Aldridge seconded the motion.

Alderman Harris made a motion to approve the certification of the votes as read. Alderman Campbell seconded the motion.

Alderman Aldridge made a motion to adjourn the meeting. Alderman Campbell seconded the motion.

Mayor Mike Alhand called the meeting back to order@ 6:37pm.

President of the Board of Aldermen -Alderman Jenny Aldridge

Alderman Campbell made a motion to approve all mayoral appointments. Alderman Harris seconded the motion.

Mayor Ahland nominated Alderman Jenny Aldridge as the President of the Board of Aldermen.

Alderman Harris made a motion to approve Jenny Aldridge as the President of the Board of Aldermen. Alderman Campbell seconded the motion.

Alderman Harris made a motion for Mayor Mike Ahland, President of the Board, Alderman Jenny Aldridge, City Clerk Nicole Beard, and City Treasurer Joni Robinson to be on all City of Memphis bank accounts. Alderman Justice seconded the motion.

Payment of the Bills

Alderman Justice made a motion to pay the bills. Alderman Aldridge seconded the motion.

Stacy Westoff attended the Council meeting to ask permission to be on the East and part of the North side of the square for the Annual Widow Son’s Bike Car Night to be held on August 6, 2022. Westoff would like barricades on the square to block areas of like in the past. Westoff will attend the August Council meeting with final plans.

Alderman Aldridge checked on the signs for the cemetery and stop signs. Roger Tinkle made note and will take care of those issues.

Alderman Aldridge inquired on the roof situation at the light plant. Jordan Fulk reported that Jason Middleton had looked at the roof and will make repairs when weather is decent. Next month will check into it again.

Alderman Aldridge checked about the Carpel agreement and payment to April Wilson. Carpel Agreement is waiting for approved contract to be signed. April Wilson has been paid.

The storm siren needs put out for bid.

Hawkins Harrison Insurance representatives, Brenda Ausmus and Chase Brenizer came to the Council meeting to answer questions and review the City’s policies. The Council would like our policies evaluated to make sure everything is adequately covered. Ausmus and Brenizer brought the online MoPerm training to the Board’s attention.

Liquor Licenses were reviewed. There were three licenses. The Board had some questions about how some had paid.

Alexander will be contacting the contractor for the new airport hangers. There has been a leak detected. Alexander has also noticed the roof at the cinder block building needs some repair. Roger Tinkle will take a look at it.

Alexander was asked by FS about a property on S. Knott Street and how it was zoned.

Per previous Council meeting discussion, Alexander would like to get the gravel for the Dale Heaton family at the cemetery taken care of. The project would need 4” rock then gravel.

Alexander mentioned the landfill contract. Per Council discussion, they would like a no monthly rate increase possibility.

Alexander discussed with the Council the sewer project utility corridor.

Alexander spoke with Visi-sewer. It has been too muddy for them to get to the location, Visi-sewer will be back in a couple of weeks with special equipment.

Street Department Head Roger Tinkle reported on what the Road and Street Department had been doing for the month. Tinkle said beside the normal routine things, the New Lake had areas burnt off, shower house at the campground was opened and readied for the season, put pumps in for the fish cleaning station and made repairs, and sprayed weeds at the airport and lake.

Electric Department Jordan Fulk reported on the electric crew. The electric crew has trimmed trees on Highway 136 and 15 with the help of flagging by MoDot. Electric Crew member Mike Ahland retired April 13, 2022. Caleb Hunt is recording keeping and has started engines at the plant. Electric crew has set poles, rewired outlets for the street department, remapped route, new on Mcpherson, issue on Watkins is fixed (strung wire twice), repairs from disc ripping down lines, and the crew has researched routes and issues moving a house.

Water and Sewer Department Head Randall Aldridge reported his crew did 21 locates and had no water breaks. The water department has had lots of meter installations, flushing of lines, investigation into water in residents back yard, repairs sinks at Johnson park due to vandals, and worked at the filter plant. The sewer department had several call outs that weren’t city issues, the main line to the lagoon needs root sawed and camera ran due to rock and sediment, sewer jetting has started, and did repairs to sewer jetter were done.

Alderman Harris has looked into a grant for a hydrovac . The hydrovac is a piece of machinery all departments can use.

Trash Department Head Allen Garrett reported the pool lines have been readied by the water department. The pool will open May 28, 2022. The pool currently has eleven lifeguards hired. The bathrooms have been opened at the parks. Garrett reported that City Hall’s landscape has been cleaned up. The little league equipment has been handed out. Garret will have a recycle load going to Quincy Recycle. .Garrett wanted the Council to be aware people are abusing the city dumpster. Some solutions were proposed.

Garrett would like to get ride of the current mowing trailer, and replace with a newer 16×6 trailer to haul 2 mowers. The Council would like to see a quote with trade.

City Clerk Nikki Beard let the Board know that the city received a donation for the cemetery from an estate. Beard gave the Board the Dog Pound inspection report, listing repairs needed. Beard let the Board know about a variance hearing needing to take place. The Council decided to hold the hearing in conjunction with the next regular Council meeting on June 2, 2022. Beard mentioned an insurance issue regarding a property at 420 S. Knott.

Alderman Harris has been researching playground grants and set ups. Harris is also checking into insurance companies. Harris let the rest of the Council know that a dog issue that had occurred on Maple Street has been taken care of. The dog is out of the city limits. Harris has contacted Missouri Municipal League about the sales tax proposition. According to MML, a written agreement needs to be in place by January 1, 2023, when tax would go in effect.

Alderman Aldridge asked about the playground equipment previous purchased that isn’t put together. Can it be assembled? If we can’t be put together get rid of it. Where was that equipment purchased and for how much?

Alderman Aldridge has a volunteer, when the time comes to tear down the North end of the old airport hangar.

Alderman Aldridge shared about an email she received about sidewalks from Chris Feeney from Regional Planning.

Alderman Aldridge would like to see the shelter at Johnson Park put together. What will it take to get it put together?

Mayor Mike Ahland had it brought to his attention about the ruts at the old lake. Ahland would like to know what can be done about a residence on Missouri and the trash problem.

Alderman Aldridge made a motion to go to closed session. Alderman Harris seconded the motion.

Alderman Aldridge made a motion to adjourn from closed to regular session. Alderman Harris seconded the motion. 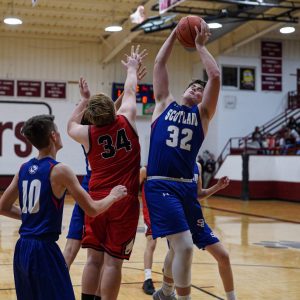 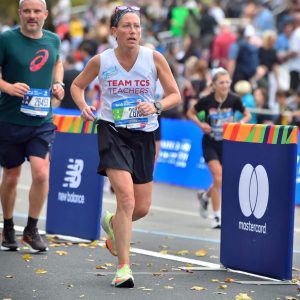 Bridge on Route H in Scotland County to be Replaced

Roy Blunt Reservoir Announcement to be Made After Thanksgiving Weekend