Anne was born March 24, 1936, in rural Monroe County, Missouri. She was the daughter of Richard Elisha and Germaine Campbell Redman and step-mother Mary Lucille Redman.

Anne attended grades 1-4 in rural Ralls County, grades 5-8 in Monroe City Public School System and graduated from the Monroe City High School with the class of 1953. She received her Bachelor of Science and Master of Education degrees from Missouri State Teacher’s College, now Truman State University in Kirksville, Missouri. Anne was an accomplished pianist and organist. During college, while playing for a wedding at the Kirksville Baptist Church, she met Donald Mallett, who was an usher at the wedding.

She was a member of the Greensburg Baptist Church where she served as pianist and organist. She belonged to the Greensburg Willing Workers Club, Baring Country Club, and Missouri Retired Teachers Association.

Anne was a proud schoolteacher. Her first year of teaching was at the Myers school house, a one room school, located in rural Scotland County, Missouri. She then taught band and chorus at the Baring High School. Anne taught elementary grades for several years in the Baring, Hurdland, and “new” Edina consolidated elementary building. After her retirement, she enjoyed substitute teaching for several years.

Anne’s hobbies included traveling, photography, gardening, needlework, and her grandchildren. She traveled many years with her sisters and was very proud of the fact that she had visited all 50 states and several European countries. She had a love of adventure and museums and never passed visiting one. She was an avid photographer and developed her own pictures in her family bathroom. She especially loved to take pictures of farming activities on pretty days. Anne loved to garden and can. She always said if it will go in a jar, she would can it. Finally, she greatly enjoyed her grandchildren and sat many hours at the Baring Lake watching them swim.

Graveside services will be held 11:30 am Thursday, March 31, 2022, in the Greensburg Cemetery.  Reverend Mike Wilson will officiate the services.

Memorials are suggested to the Greensburg Cemetery or the Greensburg Willing Workers Club.  Memorials may be left at or mailed to Hudson-Rimer Funeral Home, P.O. Box 1, Edina, MO 63537. 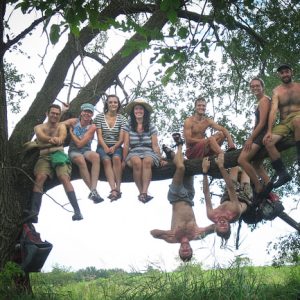