Steve Oliver, alumnus of Gorin High School (‘63), and his wife Suzanne Ashbury-Oliver were inductedinto the International Council of Airshow (ICAS) Hall of Fame in December 2011. Every year, ICAS recognizes the industry’s top performers. Recipients are nominated by their peers. To qaulify, nominees must have made a contribution through showmanship, performance or innovation, and had a significant upon the air show industry. Following 32 years of flying together, the husband-and-wife aerobatic, pyrobatic and skywriting duo were honored to receive.

When is a coconut cream pie worth $200? For several buyers it was on Saturday evening at the third annual dinner and benefit auction for the Scotland County Cancer Fund.

Bidders sent pie prices sky high as a total of $6,576 was raised for the charity that supports local cancer patients. The high-priced desserts were just a few of the items that were auctioned off during the event held at Wallace W. Gillespie Memorial Post #4958 of the VFW in Memphis on February 24.

While the benefit dinner and auction are the main source of revenue for the organization, the charity also accepts donations year-round, including memorial gifts or similar contributions.

Truck owners can start revving up their engines as RPM Truck accessories opened for business March 1st in Memphis.

Robert and Sara Jo Phillips opened the store which is located on Highway 136 just west of Gas and More. RPM offers a full line of accessories from wheels and tires for both cars and trucks to bucket and bench seats to running boards and tool boxes.  The store also will carry a full of CB radios , scanners, and audio equipment. Take-off items such as Lund and DZ are also available.

Robert Phillips said the store will feature sales as well as installation. He added that items not in stock can easily be special ordered for customers.

Dancing Camel Ceramics is owned and operated by Debbie Bradley.

Debbie and her husband Steve, and their family recently moved to Memphis from New London.

Debbie and Steve are both graduates of Scotland County R-1. She is a graduate of Hannibal-LaGrange College with a Bachelor in Education Degree. Steve is an employee of the Missouri Highway Department and his transfer brought the Bradley’s back to Memphis.

Scotland County Tigers finished out a fine season with a disappointing loss to the Knox County Eagles 65-54 in semi-final action of the class 2-A Regionals in Canton.

The 790th Radar Squadron confirmed last week that there have been several reports of an Unidentified Flying Object (UFO) west of Kirksville.

At least eight area residents reported seeing an odd-shaped object with red, white, and green lights Wednesday night. It hovered over a lake in the Thousand Hills State Park then glided away quickly.

Officials at the radar base would not comment, but a source close to the base said there was something in the sky.

A movement, which has been on foot in Scotland County for the past few months to organize a new bank in Memphis, reached climax this week when the $50,000 capital stock and $25,000 surplus was oversubscribed, it is said.

Application has been made for a charter, according to W.A. Southerland, and all requirements have been met. After approval by the comptroller at Washington, the organization will be perfected.

No quarters for the new bank have been obtained although several buildings are under consideration.

At the present, there is said to be a total of 28 stock subscribers to the proposed institution.

A daughter was born to Mr. and Mrs. C.R. Combs at Kansas City on Sunday, February 26. 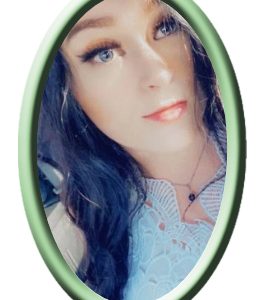