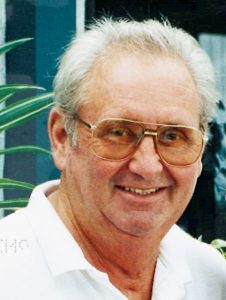 He was born the son of Earl Joseph and Helen Frances (Engelbrecht) Klem on November 25, 1934 in Rochester, NY.

He worked as a master technician, repairing office equipment and technology.   The Klems moved to Memphis following Ron’s retirement.   He was a member of St. John’s Catholic Church in Memphis.

He was preceded in death by his parents and a son, Chad.

A Mass of Christian Burial will be said at 11 a.m., Saturday, at St. John in Memphis with the Rev. Simeon Etonu officiating.  Committal of cremains, with a military service by the Wallace W. Gillespie Memorial V.F.W. Post #4958 of Memphis, will be in the Memphis Cemetery.

Memorials are suggested to St. John Catholic Church or the Clark County Nursing Home and can be left at or mailed to the Gerth Funeral Service, 115 S. Main St., Memphis, MO 63555.

Online condolences may be sent to the Klem family by signing the guestbook at gerthfuneralservice.com.

Arrangements are under the direction of the Gerth Funeral Service in Memphis, MO.