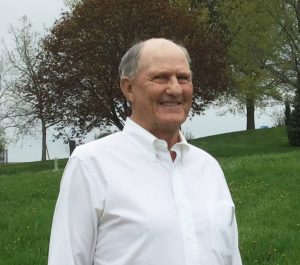 He retired from Preston Trucking.  He spent his whole life involved with horses.  Garry spent more than 58 years breeding, raising, training and showing horses.  He was a very outgoing person and never met a stranger.  He was always willing to help people with their equine needs.  He enjoyed meeting new people and being with old friends.

Survivors include his wife, Teresa; his son, John of Minot, N.D. and daughter, Kim of La Grange, MO; sisters, Ruth Irwin of Minneapolis, MN, and Delight Inman of Omaha, NE and brother Earl Ferguson of Quincy, IL.  He was preceded in death by his parents and eight brothers and sisters.

The family suggests memorials be made to the St. Patrick Cemetery Association.

Online condolences may be left at www.davis-fh.com.