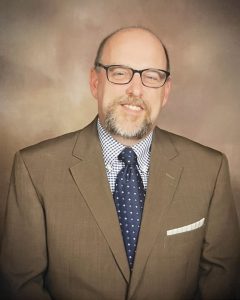 Charles Harvey Hammack II (Chuck to, quite literally, everyone) of Des Moines, Iowa was a son of Missouri through and through. He was born October 20, 1964, in St. Louis, raised in Atlanta and Monroe City, spent his early adult years in Cape Girardeau, and questioned every decision the Cardinals ever made—whether he was following closely or not. Only by circumstance was it that the next chapter led him to Des Moines, where he would (mostly) happily make his home until his passing on January 2, 2022.

Chuck enjoyed his family, his canine and feline companions (of which there were many), hunting deer, and the friends at his local church, Staves Memorial United Methodist.

For those who knew Chuck, no explanation is necessary; and for those who did not, no explanation is possible. Though it must be mentioned that while he was a father to one by birth and two more by marriage, Chuck’s greatest testament and legacy was his open heart and capacity to be a father to many more who needed him in ways—and at times—only he seemed to fully grasp.

Services will be held at Staves Memorial United Methodist Church on Saturday, Jan. 8, 2022 at 11am along with visitation on Friday, Jan. 7th from 5-7pm.

For any questions, please contact Dyamond Memorial at 515.964.7543. For online condolences or to share a memory or photo, go to dyamondmemorial.com