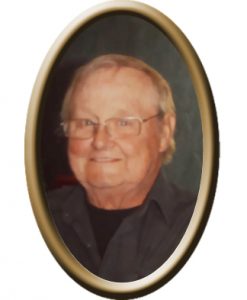 Danny Probst of Milton IA passed away Sunday Dec. 19, 2021, at the Van Buren County Hospital in Keosauqua, IA, after battling a year-long illness.

Danny was born January 14th, 1956 in Edina, MO to Julian and Ava (Campbell) Probst.  He grew up living near Bible Grove, MO, where he attended school through 8th grade, then went to Memphis High School where he graduated with the class of 1974.

After high school Danny went to work at Barker Garage in Granger, MO where he started a 43 year long career as a Diesel Mechanic.  At one time he was self-employed, running his own shop in rural Memphis. He also worked for Kirkpatrick Farms in Scotland County MO, and Trump Trucks in Kahoka, MO.

In 1999 he married Leanna (Cossel) Probst at their home near Bible Grove.  In 2002 Danny and Leanna moved to Pacific Junction, IA where Danny went to work at Vander Haags Inc in Council Bluffs, IA as the Service Manager and later retired from there in 2018.  After losing their home in Pacific Jct. to a flood in 2019, Danny and Leanna moved to Milton, IA, to be closer to family.

Danny had many hobbies including hunting, camping, gardening, cooking and collecting cast iron cookware. After his retirement he enjoyed tinkering with antique engines, but his favorite past-time was spending his time with his grandkids.

He was preceded in death by his father Julian, and son Christopher.

As an expression of sympathy memorials in lieu of flowers are suggested to the family for their discretion and may be left at or mailed to the Payne Funeral Chapel, 202 E. Madison St., Memphis MO, 63555.

Cremation rites were accorded and a visitation was held Tuesday evening, Dec. 28, 2021, for the family to receive friends from 6:00 P.M. to 8:00 P.M. at the Payne Funeral Chapel in Memphis.

There was a private inurnment at a later date.

Online condolences may be shared with the Probst family by logging onto Payne’s website at paynefuneralchapel.com. Arrangements were entrusted to the care of the Payne Funeral Chapel in Memphis.