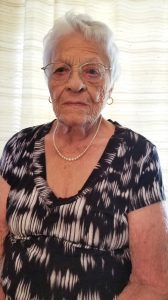 Edith lived most of her life in rural Wyaconda, Missouri.  She and Bob moved to West Quincy, Missouri.  After the flood of 1993, Edith moved to Hallsville, Missouri near her daughter Barbara.

Edith was preceded in death by her parents Charles and Anna May Graham; 11 brothers and sisters; her husband Jesse; and her husband Bob.

Arrangements are under the direction of Parker-Millard Funeral Service & Crematory, 12 East Ash Street, Columbia, MO 65203 (573) 449-4153. Condolences may be left online for the family at www.parkermillard.com.