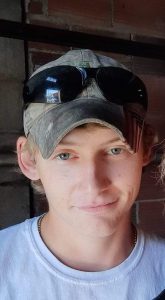 Curtis was born in Kirksville, Missouri, on August 3, 1998, the son of Timothy Fuller and Gaylene Woods-White. Curtis and his family moved to Iowa in 2002, and he attended and graduated from Columbus Community High School in Columbus Junction, Iowa. Curtis enjoyed video games, crafting knives out of reclaimed wood and scrap metal, and anything that was outdoors, especially fishing with family, hunting, trap shooting, camping, and riding ATVs and dirt bikes. He briefly participated in wrestling and cross country while in school, worked on projects, and showed horses for a time through 4-H. Curtis was very creative and loved to write and tell stories while in school. He especially loved to make people laugh.

Curtis moved to Bloomfield earlier this year to live with family and to find work. Before moving to Bloomfield, Curtis worked on and off for Tyson Fresh Meats for several years and worked seasonally with his dad for Rueckert Sanitation, both located in Columbus Junction. Curtis enjoyed working the later shifts and made a lot of friends during this time. He would often talk about the humorous conversations he had with friends while at work and how he loved working alongside his dad and uncle when Rueckert Sanitation needed extra help.

Memorial services will be conducted at a later date.

Online condolences may be sent to the family of Curtis Wayne Fuller by signing the guestbook at gerthfuneralservice.com.

Arrangements are under the direction of the Gerth Funeral Service in Memphis, MO.