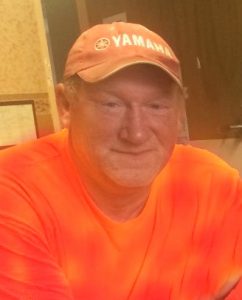 Mike was born on September 29, 1962, in Kirksville, Missouri, the son of Edward Joseph and Donna Jean Northrup Wheeler.

He graduated from the Scotland County High School in the Class of 1980.

He was a member of the Thousand Hill’s Bass Club and really enjoyed fishing, hunting, but most of all he loved spending time with his family, especially the grandkids.

On April 17, 1987, in Memphis, Missouri, Mike married Sharon Miller and to this union four children were born.

Mike is survived by his constant companion and faithful dog, Marshall; his children, Lindsey and Jason Hague of Pollock, Missouri, Jesse and Jessica Wheeler of Holt Summit, Missouri, Mathew Wheeler and his fiancé Shelbie Schubert  of Queen City, Missouri, and Mikel Wheeler and his fiancé Allyssia Jackson of Queen City, Missouri; two brothers, Ronnie and Teresa Wheeler of Ashland, Missouri, and Jimmy Wheeler of Memphis, Missouri; four grandchildren, Charlee, Marshall, Sydney and Paislie; along with numerous nieces, nephews, cousins and a host of friends.

He was preceded in death by his parents, Joe and Donna Wheeler.

Interment will be in the Crowder Cemetery in rural Schuyler County, Missouri.

An expression of sympathy in memory of Mike Wheeler may be left to the family’s wishes. A memorial may be left at or mailed to the Memphis Funeral Home, 378 S. Market Street, Memphis, Missouri 63555.