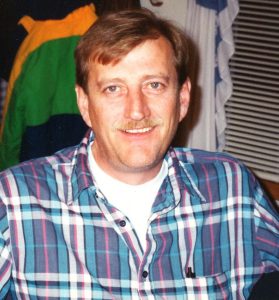 Kelly Wayne Piper, 68, of Bloomfield, Iowa passed away on November 3, 2021, at his home.  He was born on February 3, 1953, in Davis County, Iowa to Deo and Loraine Swift Piper.  He graduated from Davis County High in 1971.  Kelly worked as an auctioneer in the early 80’s with Don Horn and Wesley Green.  His fantastic sense of humor made him an excellent auctioneer and he carried that humor with him throughout his life.  He later got into construction with his brother, Randy, and they worked together for 25 years before health issues forced his retirement.

He married LuAnn Harl and they later divorced.

Kelly enjoyed spending time with his family, especially his grandchildren.  He also enjoyed fishing, golfing, and watching golf tournaments and football games on television.  He will be missed by his family and many friends.

He was preceded in death by his father, Deo.

Memorial services will be at 1:00 p.m. on Sunday, November 28, 2021, at the Word of Life Church just north of Bloomfield.  Burial of his cremated remains will follow at the IOOF Cemetery in Bloomfield.  A celebration of life gathering will follow the burial at the Bloomfield Country Club.  A memorial has been established to his family.  Wagler Funeral Home in Bloomfield is in charge of arrangements and online condolences may be directed to www.waglerfuneralhome.com.