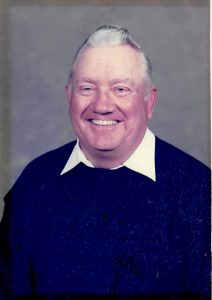 He was united in marriage to Delores Esther Canterbury on June 26, 1949, in Burlington, IA.

Lawrence attended Knox City Schools.  He was engaged in farming in Knox and Lewis Counties till moving to Downing in 1998.  Lawrence loved coon hunting, working his draft horses and spending time with his family especially his grandchildren.  He was a member of the First Liberty Full Gospel Church in Kirksville, MO.

Funeral services will be held 2 p.m. Saturday, October 16, 2021, in the First Liberty Full Gospel Church in Kirksville, MO.  Visitation will be held one hour prior to services.  Hudson-Rimer Funeral Home in Edina is handling arrangements.

Reverend Mike Myers will officiate.  Burial will be in the Knox City Cemetery.

Memorials are suggested to The Family.  Memorials may be left at or mailed to Hudson-Rimer Funeral Home, P.O. Box 1, Edina, MO 63537.