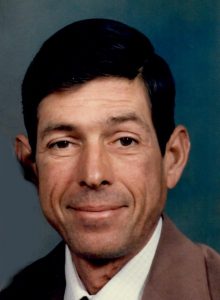 Charles Neal Mayfield, age 78, of Colony, MO passed away Friday, September 24, 2021, in LaBelle Manor, LaBelle, MO. He was born at Downing, MO, December 28, 1942, the son of Kenneth Neal and Irene Bertram Mayfield.  He was united in marriage to Kathryn Scoggin on February 20, 1979 in Florida.

Charles was preceded by his parents, and one brother Ronald Lynn Mayfield.

Charles attended schools in Scotland, County, MO.  He served his country in the United States Marine Corps.  He was engaged in farming all his life in the Colony area where he also raised cattle.  Charles enjoyed square dancing, traveling, going to the fair, trail rides and horses.  Charles was a member of Colony Masonic Lodge # 168 A.F. & A.M. and Knox City American Legion Post #358.

Visitation will be held in the Hudson-Rimer Funeral Home in Edina, MO, on Wednesday, September 29, 2021, from 6 p.m. to 8 p.m. with Masonic services being held at 8 p.m. in the funeral home.

Funeral services will be held 10:30 a.m. Thursday, September 30, 2021, in the Hudson-Rimer Funeral Home in Edina, MO.  Reverend Mike Wilson will officiate the services.  Burial with full military honors will be held at 2 p.m. Thursday September 30th, in the Missouri Veterans Cemetery at Jacksonville, MO.

Memorials are suggested to the Donor’s Choice and may be left at or mailed to Hudson-Rimer Funeral Home, P.O. Box 1, Edina, MO 63537.