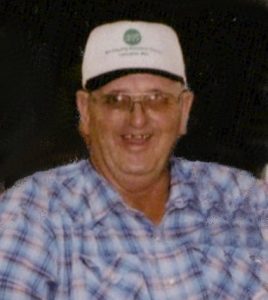 Rich was born on November 4, 1943, in Kirksville, Missouri, the son of Harold Max and Mildred Opal Couch Briggs.

He attended the Bible Grove Grade School and attended the Scotland County High school. He worked for Marbles Ready Mix, then on a farm for Bob Monroe from 1965 thru March of 1973. In April 1973, he worked for Pepsi, then in May 1973, he got employment with MoDot and retired on September 19, 2008 after 35 years.

On September 19, 1969, in Memphis, Missouri, Rich married Racheal Elaine Grubb and to this union two children were born. In 1973 they bought a farm, on which he still lived on and farmed. He also helped many farmers in his lifetime. He was active in the Scotland County Antique Fair for 20 years.

Richard was preceded in death by his parents, Max and Mildred Briggs; step-mother, Ruth Briggs; father-in-law and mother-in-law; an infant brother; two half-brothers, Robert and Tom; and a half brother-in-law, Willis Garrett.

Visitation will be after 9:00 a.m. Tuesday with the family receiving friends from 12:00 noon until service time at the funeral home.

Burial will be in the Memphis Cemetery in Memphis, Missouri.

An expression of sympathy in memory of Richard L. Briggs may be left to the Scotland County Fire Department or the Nutrition Site. A memorial may be left at or mailed to the Memphis Funeral Home 378 S. Market Street, Memphis, Missouri 63555.