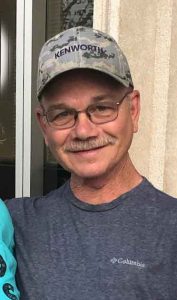 Jerry Ray Gunnell, 61, of Bussey, Iowa, and formerly of Downing, Missouri,  passed away on Thursday, September 16, 2021, at Mercy One Medical Center in Des Moines, Iowa. He was born on July 5, 1960, the son of Paul and Doris “Darlene” (Baker) Gunnell in Kirksville, Missouri. He attended high school in Memphis, Missouri and graduated with the Class of 1978. On June 6, 1980, he was united in marriage to Susan Moore in Lancaster, Missouri. To this union a son, Tanner, was born.

Jerry had several different jobs over the years. He worked in road construction as well as running and managing an asphalt plant for many years. Jerry drove semi-truck for Orscheln’s and lastly, he was a diesel mechanic for O.C. Trucking in Oskaloosa, Iowa. He enjoyed going on family vacations to the Caribbean, camping, boating and going on cruises. Later in life he was eager to pursue hunting. Jerry always talked about during retirement, he would raise meat goats. His real joy in life was spending time with his family and he had a special love for his grandson, Beckett.

He was preceded in death by his father, Paul Gunnell; a sister, Teresa Gunnell and his maternal and paternal grandparents. .