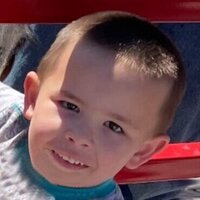 Braxton was born on February 23, 2017, in Kirksville, Missouri, the son of Bryan Barnard and Jessica Nicole Linebaugh.

He was preceded in death by his great grandpa, Ronald Holland; great grandma, Bettena (Tina) Linebaugh; and a cousin, Sophia Linebaugh.

Burial will be in the Colony Cemetery at Colony, Missouri.

An expression of sympathy in memory of Braxton may be left to the Scotland County School. A memorial may be left at or mailed to the Memphis Funeral Home 378 S. Market Street, Memphis, Missouri 63555.