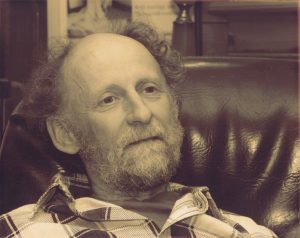 Stan was born and raised in the Mennonite country of Manitoba, Canada. He grew up with a strong sense of family and community.  His early education was in a one room schoolhouse and doing all sorts of chores about the farm.  He went to bible college for two years which allowed him the opportunity to travel to Nigeria for a semester and that eye-opening, cross-cultural trip was perhaps the beginning of a lifelong quest to learn from and delight in meeting new people.

I remember when I moved to the Midwest and started hearing the phrase “He never knew a stranger.”  These past weeks of hearing from friends of Stan both while he was in the hospital and after he passed, make me think this is an apt depiction of Stan’s essential being.  Stan had so much trust in the goodness of people and this trust manifested over and over during his years as a farmer, organic inspector and community builder.  He was the glue that held many groups together and he leaves behind a legacy of care, empathy, good humor and thoughtful response.

Stan spent his last two weeks in ICU where we were told he had been suffering from Peptic Ulcer Disease which had resulted in a ruptured stomach and duodenal lining.  He had been asymptomatic until just a week or two before it became critical.  He underwent three surgeries to reconstruct his digestive system and the trauma was just too much for him to overcome.  With his friends and family by his side, he left the world as quietly and gently as he lived it.

If you would like to make a memorial donation, consider these organizations that were meaningful to Stan:

Kiva.org-Microlending to women enterprises in Africa

If you have stories to share about Stan, do feel free to swing by our house.

Blessings to all, Gigi.