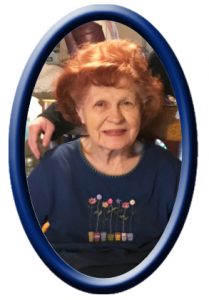 She grew up on the family farm and attended school in Scotland County graduating from the Memphis High School with the class of 1941.  She went on to further her education by receiving a Bachelor’s Degree from the Northeast Missouri State College at Kirksville, MO in 1945.

She moved to Fairfield, IA where she worked for the Job Service office for forty years retiring there in 1996.  She continued to live in Fairfield until she moved back to Memphis in 1998 where she resided throughout the rest of her days. When her health failed she decided to seek constant care at the nursing home until her Lord called her home.

Some of her interests were taking care of her pets, going to the Nutrition Site for visiting and enjoying the company and meals, attending yard sales just looking for terrific finds, along with investing in antiques and properties in Fairfield, IA and in Scotland County, MO. Her latest, owning a couple of properties in Memphis and a farm that was rented out for raising crops and seasonal hunters that came during deer season.

She was a member of the Memphis United Methodist Church an served in many capacities including the Martha’s Circle.  Other memberships included Red Hat Society of Scotland County, and The Lions Club of Fairfield, IA.

She was preceded her in death by her parents.

Online condolences may be sent to the Smith family by logging onto Payne’s website at paynefuneralchapel.com