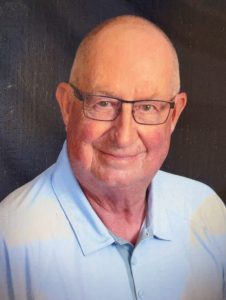 Donald was born on April 6, 1938, in Kirksville, Missouri, the son of Hubert and Claire (Daggs) Miller.  He is survived by his wife of 56 years, Judith Roth who he was united to in marriage in 1965 at the First Lutheran Church in Keokuk.

Donald grew up on a farm in Arbela, Missouri, and graduated from Memphis High School in 1956. He raised short-horn cattle, with many accomplishments.  In 1949, he won the Junior Championship at the American Royal in Kansas City and went on to win the Grand Championship at the Missouri State Fair in 1956. He received his Bachelor of Vocational Agriculture and went on to earn his Doctor of Veterinary Medicine in 1964 both from the University of Missouri.  Donald worked in large animal, small animal, and dentistry for forty-six years, and practiced at Krichel Animal Hospital in Keokuk.  In addition to his work, Donald was also very active in his community.   He was a member of the Kaaba Shriners, Keokuk Masonic Lodge #29, a life-time member Iowa Veterinary Association, the Eastern Iowa Veterinary Association, and a fifty-year member of the Keokuk Rotary Club.  He was a member of Trinity United Methodist Church in Keokuk and served on the Keokuk School Board for eleven years.  As a member of the school board, he was proud to hand each of his children their high school diploma as they walked the stage.  Donald retired in 2008, and focused his time on family, and the occasional round of golf.  He had the utmost love and pride for his family and was the biggest cheerleader for his children and grandchildren, taking every opportunity to brag about them.

Donald is preceded in death by his parents.

Donald’s life will be celebrated with a memorial service at noon on Saturday, September 4, 2021, at Trinity United Methodist Church in Keokuk, with burial to follow at Oakland Cemetery in Keokuk. Visitation will be held at the church on Saturday from 10 am until noon directly before the service. Masks will be required.

Memorials may be directed to Trinity United Methodist Church, FOKAS (Friends of Keokuk Animal Services) or a charity of your choice.

Tributes and condolences may be left at www.dejongsfuneralhome.com.

DeJong-Greaves-Printy Funeral Home of Keokuk is in charge of arrangements.

Please include that services will be livestreamed at www.dejongsfuneralhome.com