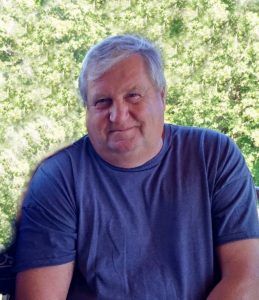 Kevin was born on December 11, 1954, in Edina, Missouri, the son of Oscar and Lorene Ellen Golden Skinner.

He attended Scotland County Elementary in Memphis, Missouri and graduated from the Hannibal High School in the Class of 1972.

After high school he moved to Wyaconda, Missouri, and worked on a farm, and met Teresa.

On October 16, 1976, in Wyaconda, Missouri, he married Teresa Lou Webster and to this union two children were born.

They moved to Memphis, Missouri after his employment with MoDOT started in 1983. Kevin retired after twenty-six years with MoDOT. He never really retired and went to work for Golden Furrow and M&O Concrete as a truck driver.

Kevin accepted Jesus as his Lord and Savior and was baptized as a young boy at the First Baptist Church of Memphis and later became a member of the Lighthouse of Faith Church in Memphis. He was an active member of the Scotland County-Memphis Fire Department and previously served as treasurer and assistant fire chief. He was proud of his thirty-two years of service. He enjoyed skydiving and had over 200 jumps. Kevin enjoyed wood working, camping, trail rides on his Ranger, and he especially loved spending time with his family and fishing with his grandson.

Kevin was preceded in death by his parents Oscar and Lorene Skinner; his mother and father in-law; a sister, Karen Sue and John Hauptmann; and brothers-in-law and sisters-in-law, Gene Paul, Dianne Seyb, and Mike Webster.

Burial will be in the Memphis Cemetery in Memphis, Missouri.

An expression of sympathy in memory of Kevin Skinner may be left to the Scotland County-Memphis Fire Department or his grandchildren’s education fund. A memorial may be left at or mailed to the Memphis Funeral Home, 378 S. Market Street, Memphis, Missouri 63555.