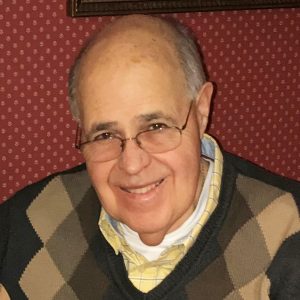 Earl was born on April 17, 1944, to Lee and Marjorie (Williams) Aylward in Ottumwa, Iowa. He shared his birthday with his identical twin, Ed. He attended school in Memphis, Missouri, and graduated in 1962. He then went on to the University of Missouri where he graduated in 1966. While he was in college he enlisted in ROTC and completed that training as a Second Lieutenant. While on active duty in the U. S. Army he was stationed in Regensburg, Germany, for two years. Proudly serving his country, he achieved the rank of Major in the Army Reserves.

After returning from active service, he helped on the family farm for a time. Later he worked as manager at the ASCS Office in Memphis. After leaving ASCS, he sold and taught the Dale Carnegie Course. He worked in the fertilizer business, later owning his own business, Aylward Ag Service. It was through this business, where he sold Pioneer seed that he got associated with the Pioneer Company. After Aylward Ag Service closed he worked at the Pioneer Plant in Hedrick, Iowa, as an agronomist.  He became the manager at the Pioneer Plant in Jackson, Minnesota, in 1986, and worked there until his retirement in December 2010.  He enjoyed was hunting, fishing and playing golf. He cherished the many friends he made through his association with Pioneer. He was known for his stories and Earlisms, as one employee called them.

Earl married Mary Lee Speer, the love of life, his lady, as he would say, on February 21, 1971, in Lancaster, Missouri. They felt the Lord brought them together as they had both prayed for the right mate. They met in the lawyer’s office where Mary Lee worked. When he went in to visit with his lawyer friend he asked about her and she asked the lady in the waiting room about him. They had their first date right away. They recently celebrated their 50th anniversary and felt so blessed. He was a wonderful, loving husband. Mary Lee often told him he was the kind of husband a mother would want for her daughter. They were blessed with three children, Emily, Sarah and Stephen. Blessings continued as five grandchildren came into the family. He was so proud to be Grandpa to Hailey, Nicholas, Hannah, Kasey and Aaron. He encouraged them and faithfully attended their activities and cheered them on. He was a loving father and grandfather being a great example of a man of integrity. He loved being with his family and they cherished him. His heart was broken when he lost Stephen and Sarah.

He was a faithful Christian, having accepted the Lord as his Savior and being immersed many years ago. He was a member of the Worthington Christian Church where he served as a Deacon, Elder and Sunday school teacher for many years. He loved the Lord and was not afraid to share his faith and stand up for what he believed in. He also volunteered in the Cub Scout program while his grandson Kasey was a Scout.

Earl enjoyed watching many sports, especially baseball. His favorite team was the St. Louis Cardinals. He enjoyed watching, feeding and listening to the birds sing, especially the Cardinals. He enjoyed growing roses and bringing them into Mary Lee.  Other activities he enjoyed were hunting, fishing and playing golf. He loved to enjoy Mary Lee’s cooking and baking with chocolate desserts being his favorite. He was always so complimentary. He had a dry sense of humor and was known for his stories and Earlisms.

Earl is survived by his wife, Mary Lee, of Jackson; his daughter Emily and husband Jared of Maple Grove, Minnesota; his grandchildren Hailey and Kasey Grimmius of Jackson; Nicholas, Hannah and Aaron White of Maple Grove; his brother Phil (Joyce) of Memphis, Missouri; his sister Dorothy of Bloomfield, Iowa; his brother Ed (Linda) of Kansas City, Missouri; and many nieces, nephews, cousins and friends.

He was preceded in death by his son Stephen; his daughter Sarah; his parents, Lee and Marjorie Aylward; his mother and father-in-law, Dee and LaVonne Speer; his grandparents; brother-in-law Allen White; other aunts, uncles, nephews and cousins.

He was loved and cherished and will be greatly missed by all who knew him.

Blessed be the memory of Floyd Earl Aylward.