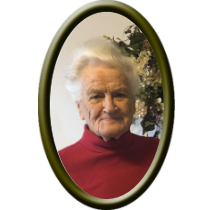 Marjorie worked at the Nu-way Laundry and at the Queen Anne Dairy Store in Havana, Illinois. She and Ben retired and moved to Memphis, Mo. in 1989. In 2005, Ben became a resident of Twin Pines Adult Care Center, Kirksville, Mo., Marjorie moved to St. Andrews Senior Living to be close to him and continue to be his primary caregiver.

When she was 16 years old, she chose to follow the simple teachings of Jesus, enjoying fellowship meetings of worship service held in the home and continued living her faith throughout her life.

She has been residing with her children since Covid hit last March, 2020 as her health began to decline at the same time. She spent the past two winters in Lenoir City, TN with her daughter, Susan and son-in-law, Dennis Thompson. Many trips were made back to Illinois and Missouri to have family time with her three sons and families as well.

She will be greatly missed by her loving family to whom she brought many smiles with her quick wit and humorous quotes. Her grandchildren began repeating back to her the loving goodbye of: “Be Careful Whatever you do!” which she never failed to say all through the years. She explained that is her way of saying, “I love You”.

Memorials in Marjorie’s  memory are to Hospice Care of your choice or to: Summum Cemetery % Monte Graham 6410 North Marbletown Rd., Havana, Illinois 62644.

Funeral services were held Wednesday evening, June 16,2021, at 6:00 P.M. at the Payne Funeral Chapel in Memphis with Arlene Leszewski & Cheri Fisk, Ministers of the Gospel, officiating. Then on Thursday afternoon, June 17, 2021 there was a service held at 2:00 P.M. at the Shawgo Funeral Home in Astoria, Illinois with Jeff Thayer and Jon Knochenmus, Ministers of the Gospel, officiating there. Interment followed in the Summum Cemetery at Summum, Illinois.

Online condolences may be shared with the Grover family by logging onto Payne’s website at paynefuneralchapel.com

Arrangements were entrusted to the care of the Payne Funeral Chapel for the local arrangements.