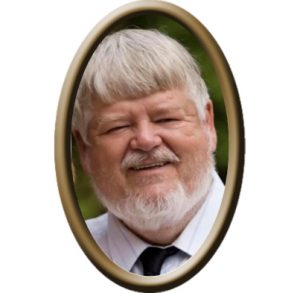 Robert Paul Brown ”Bob”, 73, of Memphis, Missouri, passed away June 5th after a short battle with cancer. He was born October 27, 1947, in Centerville, IA and became the son of Ross Brown, Sr. and Vera Phillips.

He grew up in Centerville, Iowa and served in the US Army from 1968 to 1970. Robert was united in marriage to Marie Buckallew August 25, 1972. They settled and made a life with their family in Memphis, Missouri. For 30 years Robert served as a teacher and mentor at Scotland Co. R-I High School District. Through the years he and Marie opened their home to “many” foster children, and foreign exchange students. Later in his life Robert became strong in his faith and enjoyed being a member of the Presbyterian Church in Memphis.

Robert enjoyed hunting, playing cards, watching “wrestling” and westerns, repairing loved ones miscellaneous items, spending time spoiling grandkids, great grandkids, and loving on any baby that would let him. He spent time traveling with family and friends and chaperoning student trips, He also spent countless hours driving and patiently waiting for Marie and Lois on their many shopping adventures. Robert spent his life doing for others but he also loved nothing more than to sit in his chair and bark orders at whoever would listen. He had a life well lived.

Memorials in Bob’s Memory may be given to the Robert “Bob” Brown Scholarship Fund in care of Payne Funereal Chapel, 202 E. Madison St., Memphis, Missouri 63555.

Memorial services were held Friday Afternoon, June 11, 2021, at 12:00 P.M. at the Presbyterian Church in Memphis, Missouri. Officiating the service was Pastor Leon Buford.

Online condolences may be sent to the Brown family by logging onto Payne’s website at www.paynefuneralchapel.com.