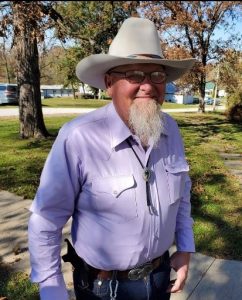 Danny Austin Garrett, 56, of Gorin, Missouri, passed away Monday, May 3, 2021, at the University of Iowa Hospital in Iowa City, Iowa following a motorcycle accident.

He was born on April 16, 1965, in Moline, Illinois, the son of Larry Eugene and Charlotte Ruth Kraus Garrett.

He attended school and graduated from the Rockridge High School in Edgington, Illinois in the Class of 1983.

After high school he served his country in the United States Army and served eight years before returning to civilian life. He worked for Sears Manufacturing in Davenport, Iowa until his health failed.

On June 27, 1989, in Davenport, Iowa he married Marjorie Jean Ullrich and they celebrate 32 years in June. He enjoyed riding his motorcycle, but he loved spending time with his family especially his grandchildren. He said the best day of his life was the day his children were born; family was special to him.

Danny was preceded in death by his grandparents, and his father.