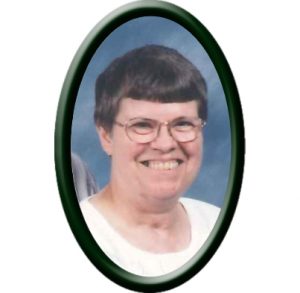 Delores was born on October 19, 1935, the eldest child of Harold and Anna (Grady) Workman, in Morrison, Illinois.

She graduated from Morrison High School in 1953 and went on to graduate from Central College, with her Bachelors degree in education.  She married Paul O Buwalda June 30, 1961.

After teaching for several years, she became a stay home mom to four children, Paul Alan,

Jana Lynne, Steven James, and John Martie.  She returned to work at Pella Corp, where she worked, for 25 years before retiring.

She was preceded in death by her parents, two sons, Paul Alan and John Martie; and her brother, Dale Workman.

She is survived by her husband, Paul O.; her children Steven and Jana; two granddaughters and several great-grandchildren; her brother Darrell and wife Janice, her brother Bill and wife Jane, and sister Sharon.

Memorials in memory of Delores and can be made to Hospice of Northeast Missouri, 201 S. Baltimore St., Ste C, Kirksville, Missouri, 63501 or may be mailed to or left at Payne Funeral Chapel, 202 E. Madison St. Memphis, MO 63555.

Online condolences may be sent to the Buwalda family by logging onto Payne’s website at www.paynefuneralchapel.com