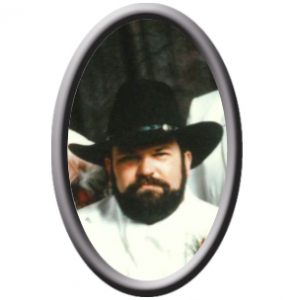 Michael Lane Steeples, 61 years of age, of Edina, MO formerly of Memphis, MO, passed away at Wilkes-Barre, Pennsylvania on April 2, 2021.  He was the first-born son of Audrie Wayne and Veda Darlene (Garrison) Steeples, Michael was born at Keosauqua, IA, on December 22, 1959.

He attended Granger Grade School and graduated from Wyaconda High School with the class of 1978.  He became a long-distance truck driver working for Gardners, Dickies and had driven for many years for 5D Express as well as working in law enforcement for the city of Memphis and Scotland County for about 10 years.

Michael married Lynne Wilbur, on December 1993.  They had one daughter, Mekenzie Leann on November 25, 1998.   He also had a stepdaughter, Tasha and two step-grandchildren.

He joined Memphis Methodist Church and later moved his membership to Faith United Methodist Church, Kirksville, MO where he took and active part in their services while living there.

He loved being outside, especially deer hunting.  He cut many loads of wood for other people.

Michael never met a stranger and could converse with anyone he had just met.  He will be sadly missed by his family including several cousins, aunt, uncles and many friends.

A Celebration for Life was held Thursday morning, April 22, 2021, at 11:00 A.M. at the Payne Funeral Chapel in Memphis with Pastor Mark Drummond officiating.  Inurnment followed in the Granger Cemetery.

Online condolences may be sent to the Steeples family by logging onto Payne’s website at www.paynefuneralchapel.com