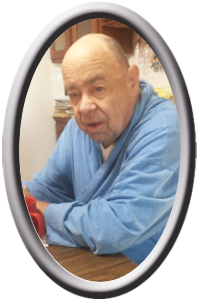 Dallace H. Schumacher, 77, of Memphis, MO, passed away in his home on March 28, 2021, following a short hospitalization for kidney failure.  He passed away with his wife by his side in the home that he built in 2004.

Dallace was the son of Elmer and Leola (Auer) Schumacher of Nebraska City, NE.  He was born in Omaha, NE on July 8, 1943.  His twin brother was stillborn.

He attended school much of his life in a one-room schoolhouse in Dunbar, NE, and graduated in 1961.  He enlisted in the Army after graduating, and shortly after received an Honorable Discharge after the discovery of color blindness. He then attended a one year trade/technical college in Milford, NE to study Tool and Die.

In March of 1966 he married Bonnie Jurries of Manson, Iowa.  In May of 1969, their son Scott was born, followed by two other stillborn children – son, James Henry and daughter, Shelley Anne.  They moved to Lone Tree, Iowa in 1979 where he began his career in Tool and Die, advancing to Manufacturing Engineering, and then Plastics Engineering.

Dallace retired in 2004, and moved to Memphis, MO where he designed and built his dream sustainable and partially earth berm home at the age of 61.

Most of all he enjoyed people – fixing almost anything, and even making whatever custom metal part they needed.  He had a reputation of being a “handyman angel” to many.  He was active in many organizations in the Memphis community, but reluctantly began to slow down his involvement due to declining health.  Never wanting any fanfare, he humbly enjoyed volunteering wherever there was a need.

Dallace is survived by his wife of 55 years, Bonnie; son Scott, of Northfield, Minnesota; two nieces; and many friends.

A Celebration of Life service was held at the Memphis Presbyterian Church.  In lieu of flowers, memorials are suggested to either the Memphis Tiger Trail or Hospice of Northeast Missouri, in care of Payne Funeral Chapel, 202 East Madison St., Memphis, MO  63555.