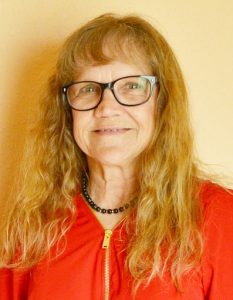 She was born the daughter of Bernard and Ruby (Davis) Kelly on November 12, 1956 in Brownfield, Texas.

Pam married Rick Frederick on January 1, 1986 in Wyoming.   He survives.

She worked on and off at KMEM radio in Memphis for over 25 years under the name “PJ Frederick”, filling a wide variety of rolls from night-time DJ to ad copier to News Director to host of the popular Coffee Break program.

Pam enjoyed working with her flowers in her garden.    She was a member of the Southern Baptist Fellowship Church in Wayland.

Pam served as a caregiver for her mother-in-law for many years.

She was preceded in death by her parents: Bernard Bert Kelly and Ruby Ruth (Davis) Kirby; a brother, Gary Kelly; and a step mother: Betty Kelly.

Condolences may be sent to the Frederick family by signing the online guestbook at gerthfuneralservice.com.

Memorials are suggested to the family, in care of Brandi Austin, and can be left at or mailed to the Gerth Funeral Service, 115 S. Main St., Memphis, MO 63555.