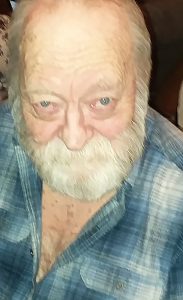 Lloyd James Brown, 68, of Greentop passed away February 23, 2021 at Harry S. Truman VAMC in Columbia, MO.  He was born October 29, 1952 in Memphis, MO.  The son of James William Brown and Pearley May Brown (Ramsey). On August 7, 1972 he married Esther Winn. To this union four children were born. Melissa Baclet, of Greentop MO, Tracie Lowe of Brashear, MO, Travis Brown (Melissa) of Glenwood, MO and Alicia Brown of Kirksville, MO.

He served two enlistments in the U.S.Navy. His first enlistment he was a plane captain on the USS Kittyhawk aircraft carrier. His second enlistment he was an avionics troubleshooter on the USS Constellation aircraft carrier. Lloyd treasured his time in service. He was proud to serve the country he loved. After his military service he spent time searching for a job he enjoyed. He attended nursing school where he found his calling. He loved caring for the elderly and spread his care at several local nursing homes. He was a jack of all trades, if it was broken he could fix it. After retirement he spent a lot of treasured time with his family. He was an avid hunter and fisherman, even though all the big ones got away.

A private family celebration of life will be held at a later date.