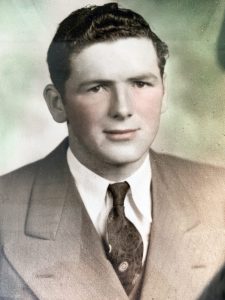 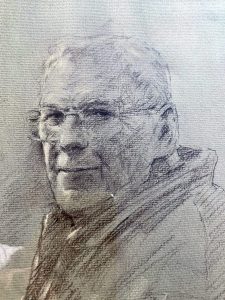 Don Edward Ewing died peacefully in his sleep February 23, 2021 at home in Lecanto, Florida. Born in Rutledge Missouri, July 30, 1921, to John T. Ewing and Carrie Tull Ewing Don’s lifelong sense of reality and clear-eyed approach to the world was born on an ancestral working farm. Don was known to those around him as a steadfast and loyal friend who cared and was able to find humor in the twists and turns of life. Don attended Brick Rural School and graduated from Rutledge High School in 1939. After graduating in 1945 from Gem City Business College in Quincy, Illinois Don’s career path started with the Santa Fe Railway eventually taking him to Chicago, Illinois. After leaving the Santa Fe Don became the Business Manager for Quality Rubber ultimately retiring from the company after decades of helping shape the company’s growth and success. Throughout the years Don loved to return to Rutledge and Scotland County for visits to give support to his family and friends and share his growing up years with them. Don treasured the values and standards he learned from his years in Rutledge.

Throughout his Chicago years Don was a respected resident of the Rogers Park neighborhood on Chicago’s northern lake front. As a member of the Rogers Park Neighborhood Block Club, he and his friends spearheaded numerous projects to preserve the beauty and safety of this special area. Don was also active in the local political scene participating in Aldermanic and State Representative activities. Don believed in neighbors helping neighbors and made himself available to drive older residents to appointments and grocery shopping in nearby Evanston, Illinois. Don and his friends annually delivered a feast to both the neighborhood fire station and police precinct to show the block club’s appreciation for their service. During the long Chicago winters Don was frequently seen with his snow blower clearing neighbors’ sidewalks and the city bus stops along his block.

A celebration of Don’s life will be held graveside at 11:00 A.M. on Saturday the 29th of May 2021 with a reception to follow at Larry and Jeanie Ewing’s lodge in Rutledge. In lieu of flowers please consider memorial donations for the continued maintenance and operation of the Pauline Cemetery in Rutledge Missouri.