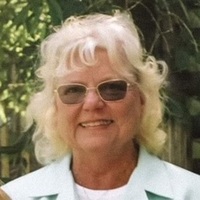 Christine Marie (Whitt) Ludwick, 68 of Brownsburg, Indiana, passed away January 22, 2021, while in hospice care at her and her husband’s home, due to recurring endometrial uterine cancer that she battled for 7 months.

Christine was the daughter of William Any Whitt, Sr. and Tina Whitt Brown was born at Moses Cone Hospital in Greensboro, North Carolina, on December 18, 1952.  Christine attended elementary school in Pleasant Garden, North Carolina and graduated from Randleman High School in 1971 in Randleman, North Carolina.

Christine married the love of her life Dennis (Deni) Lee Ludwick a week after she graduated from Forsyth Memorial Hospital School of Nursing in Winston-Salem, North Carolina on May 25, 1974 at the Providence Friends Meeting, a Quaker Church located in a rural setting outside of Pleasant Garden.  Dennis and Christine were married at 4 pm on May 25, 1974 due to them meeting for the first time in person on July 9, 1971 at 4 pm at Greensboro airport after Dennis served his time of being a two-year draftee in USMC.  He was discharged on June 10, 1971.  Christine was taken in by the couple who she attended church with before Dennis was stationed at Camp Lejeune 2nd Force Service Regiment.  Christine and Dennis started writing each other while trying to meet each other in Person in October of 1969.  Dennis was sent overseas and assigned to the 3rd Marine Division at Camp Schwab in Okinawa in October 1970 for the possibility of being deployed to West Pac Ground forces in South Vietnam.

Christine became a Christian at age 14.  She accepted Jesus Christ as her Lord and Savior during an invitation time at a Billy Graham Crusade that was showing the movie For Pete’s Sake at the Greensboro Coliseum.  She attended this crusade with the Providence Friends Meeting Church youth group with their pastor, Clyde Lay.  Since this time of making Christ as Lord and Savior of her life, Christine continued to serve Christ faithfully, pointing people to Christ for salvation and life worth living this side of Heaven and an eternal home in Heaven.  Her favorite scripture was Matthew 5:16 KJV, “Let your light so shine before men, that they may see your good works and glorify your Father which is in Heaven” which she so faithfully lived out as a teenager being a member of her choir at Providence Friends Meeting.  Also, she served faithfully with her husband, Deni as she called him, in the role of a Minister of Education’s wife’s role for eight years while Deni served, and she served by his side in three different Southern Baptist churches.  Furthermore, in June of 1974, she began serving Christ as a registered nurse, a role God called her into, for 38 ½ years, before she retired in December 2012.

Prior to God changing her direction to become a nurse, she had felt led to become a 3rd grade elementary teacher and was a member of high school BETA Club for 4 years of high school.  Christine as an ICU nurse at Hendricks Regional Health in Danville for 28 years, served in various roles as a charge nurse/staff nurse in ICU, staff/charge nurse on the Med Surgery Floor, a CPR Instructor, an ACLS Instructor, served on the Stroke Assessment Team, served on the Cardiac Code Team, a float nurse in the ER, OB Floor, Med Surge and the OR unit.  God gifted Christine with many talents.

She drew many posters in about an hour for Dennis for different church events that Dennis coordinated in the different churches that they attended side by side while they served in different churches that they were members of during Dennis’s college days, seminary days, church staff days and lay ministry days.  God gifted her with a beautiful soprano voice that she used to participate in her church choir during high school.  Also, she sung with her husband, Dennis, several times as a duet the songs, “The Way That He Loves” and “Because He Lives” at church as a special during worship services.

Preceding her in death are her father Willie Whitt, her brother Billy Whitt, her maternal grandparents, her mother-in-law and father-in-law, Pip and Edna Ludwick.

Public funeral services and viewing were held for Christine at Connection Pointe Christian Church, 1800 N. Green St./Hwy 267, Brownsburg, Indiana, on Friday January 29, 2021.  Viewing was from 11:00am to 12:55pm.  Service began at 1:00pm.  Drew Hildenbrand and Neil Hinders officiated the service.

In compliance with current regulations and restrictions, guests are required to wear masks and observe social distancing.  After the funeral service a procession from the church proceeded to Old Union Cemetery located next to the Old Union Church on CR 500W and Mid-Jamestown Road for burial and graveside services.  If you wish, memorial donations in honor of Christine, at Christine’s request, may be made to Connection Pointe Christian Church, 1800 N. Green St., Brownsburg, IN 46112.