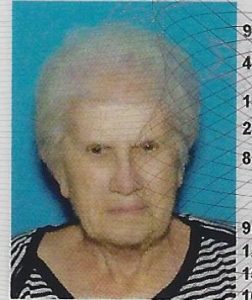 The daughter of Condley and Alice (Holman) McPherson, she was born April 7, 1939 in Scotland County, Missouri. On August 20, 1961 in Memphis, Missouri she married Don Miller and he preceded her in death.

preceded in death by her parents and one brother, Lyle McPherson.

Sharon was raised in the Rutledge and Memphis, Missouri area. She attended school at Memphis and graduated from Memphis High School in 1957. She graduated from Northeast Missouri State Teachers College with a B.S. in Education in 1961 and a Master in Elementary Education in 1964. She taught school in St. Louis County, MO, various places in California; Mt. Home, Arkansas; Dallas, Texas and returned to Kirksville in 1996.

She was employed at the Wal-Mart in Kirksville for 21 years in fabrics until she retired in March 2017. She was a member of the Memphis Methodist Church and the D.A.R in Memphis.

She enjoyed visiting with her high school classmates, Charlotte Payne, Charlotte Rylander, Nelda Billeps, and Mary Lou. She especial enjoyed attending her 60th class reunion in 2017. She loved spending time with her grandkids and loved her cats.

Sharon will be cremated and a graveside service will be held at a later date.

Memorials are suggested to the American Diabetes Association.