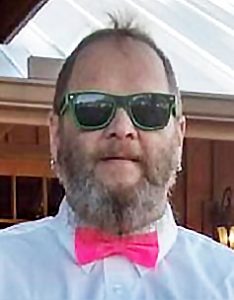 Jeff was a truck driver several years ago.   He enjoyed cooking and baking.  In his spare time he would shop antique stores, but his grandchildren were his pride and joy.

He was preceded in death by his parents.

A Memorial Service was held January 24 at the Gerth Funeral Chapel with Dan Hite, pastor of the First Baptist Church of Memphis officiating.   Danielle Bair performed Amazing Grace My Chains Are Gone.

Condolences may be sent to the Orton family by signing the online guest book at gerthfuneralservice.com.