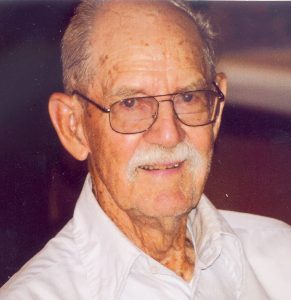 Paul worked for Moorman Manufacturing for over 30 years, retiring in 1982 and after retirement worked at Matthews Hardwood.  After their two children graduated from High School in Quincy, Paul and Faye moved to rural Liberty.

Paul loved to deer hunt, fish and do carpentry which he sold at Quincy’s Farmers Market for a number of years.  He made many wooden treasures, including tables and chairs, cradles and kid toys.

He always enjoyed farming.  He enjoyed going places, visiting with family and friends and was an avid reader, especially westerns.  He and Faye attended the Liberty Christian Church for many years and he was currently attending the First Christian Church in Memphis.

Funeral services were held Monday, January 25, 2021 at 2:00 p.m. at the Ball-Davis Funeral Home in Ewing with Brother Jack Sumption officiating.  Burial was in Durham Cemetery in Durham, MO.  Visitation was held Monday from 12:00 p.m. until time of services in the funeral home.  The family suggests memorials be made to Hospice of N.E. Missouri in care of Ball-Davis Funeral Home, P.O. Box 273, Ewing, MO  63440.

Online condolences may be left at www.davis-fh.com