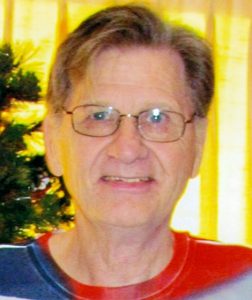 He was born the son of Harlan Hall and Lela Ruby (Staats) Willet on March 20, 1947 in Mediapolis, Iowa.

Robert was a family man, who loved nothing more than to be surrounded by his family.   In his younger years, he enjoyed hunting, skeet shooting and a round of pool with his family and friends.  He enjoyed making people laugh.

He was an exceptional welder and mechanic.   He worked for Tague Steel and Iron in Gorin for over 25 years before opening Willet’s Tri County Welding and Auto Service.   He had many loyal customers that remember how he went above and beyond for his customers. He taught his family to take pride in their work and always do their best. Any job worth doing is worth doing right is what he lived by.

Robert taught his sons-in-law the welding trade which also became their careers. He was a meat cutter prior to becoming a welder.

He was preceded in death by his parents; siblings: Barb, Glen, Mike, Charles, Helen Verlee, Mary, Joyce and a twin brother and sister at birth.

He is survived by his wife, Pat, of the home; daughters: Robin (Richard) Rader of Downing, Sheila Perrilles of Memphis, Michele (Bryan) Johnston of Memphis and Deanna Willet of Kirksville; several brothers and sisters; seven grandchildren; four great grandchildren; many nieces, nephews and friends.

Private family services were held in Robert’s honor.   A register will be available to sign until January 15 at Gerth Funeral Service.

Memorials are suggested to the Northeast Missouri Chapter of the Widow’s Sons and can be left at or mailed to: Gerth Funeral Service, 115 S. Main St., Memphis, MO 63555.

Condolences can be sent to the Willet family by signing the online guest book at gerthfuneralservice.com.