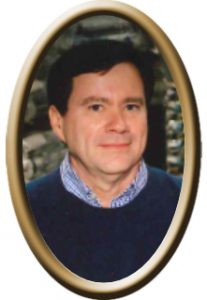 Kevin K. Rockhold, 59 passed away at his home in Troy, MO on Wednesday, January 6th, 2021.  Kevin was born July 3rd, 1961 the son of Virgil and LaWanda (Lichlyter) Rockhold in Keosauqua, IA.

Kevin grew up on a farm in rural Gorin, MO, where he learned the value of hard work and the importance of family.  Kevin enjoyed playing sports as both a kid and an adult.  You rarely hung out with Kevin and didn’t have some kind of competition.

Kevin worked as a software consultant which allowed him to travel the country, and initiated his love for traveling.  Kevin was very proud of all his travels both domestic and international.  He traveled to every state in the US and many countries abroad.  Kevin’s competitive drive also led him to attend a game in every NFL, MLB, NHL, and NBA stadium, which is quite the feat.

Kevin enjoyed skiing, basketball, tennis, ping pong, foosball, card and board games, or basically anything he thought he could kick your butt in!  No one ever let him win, but he won often.

Kevin, most importantly was dedicated to his family.  He loved spending time with his nieces, nephews and great niece and nephew, and attended several of their sporting events and special occasions.  Every trip he took, or any game he attended, he asked someone to accompany him.  He never missed anyone’s birthday or special occasion and would always call to check in on loved ones.

Kevin was preceded in death by his parents Virgil and LaWanda Rockhold, two nephews, Rodney Yates and Jason Rockhold, and one niece Melissa Flint.

Funeral services were held Saturday afternoon, 1/9/21, at 2:00 P.M. at the Payne Funeral Chapel in Memphis with Brother Larry Smith officiating. Interment followed in the Granger Cemetery.

Online condolences may be sent to the family by logging onto Payne’s website at www.paynefuneralchapel.com

Arrangements were entrusted tot the care of the Payne Funeral Chapel in Memphis.