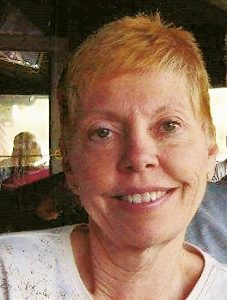 She was born the daughter of Arthur James and Elizabeth Mae (Welsch) Alloway on December 23, 1950 in Muscatine, IA.

Shari married Eddie Wayne Hicks on May 2, 1971 at the Mulford Evangelical Free Church in Muscatine.   He preceded her in death on January 16, 2019.

She worked for Grain Processing Corporation in Muscatine for almost 30 years, before retiring to Lake Havasu City, AZ, in 2000.   The Hicks moved back to Wyaconda in 2015 to be closer to family.

Shari like to read and watch her favorite television shows, but she most enjoyed just spending time with Eddie.

She was preceded in death by her husband, parents and a brother – James Alloway.

Cremation was accorded per Shari’s wishes.   There is no service planned at this time.

Condolences may be sent to the family of Shari Hicks by signing the online guest book at gerthfuneralservice.com.