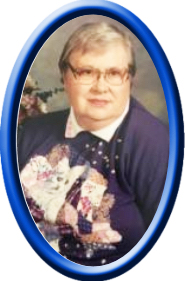 Rosa “Irene” (Woods) Keller was born to David Edgar and Rosa Stone Woods on September 14, 1936 in rural Downing Missouri. She passed away November 19, 2020 at the Donnellson Health Center in Donnellson, Iowa.

She grew up in rural Scotland County, Missouri. She attended rural school at Middle Fabius Country School and graduated from Downing High School, Downing Missouri, in 1955. After High School she worked at Ben Franklin Variety Store in Memphis, Missouri until her marriage to Cardney Kellar on May 3, 1959.  They later divorced.

Irene always loved cats and had many throughout her life. They were family to her.  She doted on all of her nieces and nephews and talked dearly of all of them.

She and Cardney resided in Farmington, Iowa, and he was a Mason and she joined Eastern Star.  She participated and traveled widely for the Eastern Star until her health failed.

She volunteered at the Farmington Library.  She made many “Barbie” doll wardrobes both for sale and to give to family and friends. She enjoyed sewing and made other craft projects.

She was preceded in death by her parents, a brother, David Max, a sister-in-law, Norma, a nephew, David Woods, many cousins and aunts and uncles.

Graveside services were held Wednesday afternoon, November 25, 2020, at the Campground Cemetery west of Memphis at 1:00 P.M. with Brother Larry Smith officiating the service.

Online condolences may be shared with Keller family by logging onto Payne’s website at www.paynefuneralchapel.com