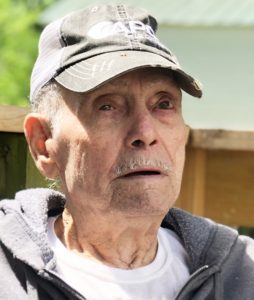 George L. Mathes, 82, of Memphis, Missouri, (most recently of Lebanon, Missouri) passed away at Mercy Hospital in Springfield, Missouri on September 8, 2020.

He was born to Harry Mathes and Irma (Peck) Mathes on September 10, 1937 at their family farm in Downing, Missouri. He was a graduate of the Downing Class of 1956 and led a very active life participating in sports and outdoor activities, in his younger days. He lived most of his life in Scotland County, Missouri where he owned and operated “Mathes Construction” with his younger brother, Mounty Mathes. He dabbled in various other careers, but was most known for his work in construction and concrete. Although he is no longer living, the work he and his brother did, in the community, will live on for a long time.

George enjoyed traveling with his wife of over thirty years, Barbara Mathes, and visiting with family and friends. He loved watching sports and talking politics and simply loved a good debate, regardless of the topic. Before his passing, he said he regretted not being able to vote this election because there was just so much at stake.

Anyone who came into contact with George knew that he had a great sense of humor. He truly did not know a stranger and got such a kick out of teasing or picking on his waitress, nurse or the clerk at the grocery store. He made a mark on the people he met, just by being himself. His smile and fun-loving personality will be missed by so many.

George is survived by his children, Tina Riesinger and husband, John Riesinger of Lebanon, Missouri; Cindy Compton of Linn Creek, Missouri; Ginger Stott and husband, Barry Stott of Winterset, Iowa; Rhonda Lewis and husband, Brian Lewis of Lebanon, Missouri and Rick Newcomer of Hartville, Missouri. He is also survived by his sister’s and brother’s-in-law, Betty and John Wheeler and Boyd and Jeannie Bissel, all of Memphis, Missouri. He also leaves 12 grandchildren, numerous great grandchildren and nieces and nephews.