Super Tuesday, as March 10th was tabbed due to the Presidential Preference Primary election being held in Missouri and several other states wasn’t so superb as far as Scotland County residents were concerned.

Only one out of every five local voters took the time to head to the polls in Scotland County, and despite a contested Democrat race for the party’s presidential nomination, more Republican ballots were cast.

Former vice president Joe Biden carried the day for the Democrats locally, receiving 132 votes from the 246 Democratic ballots cast in Scotland County. Bernie Sanders was second with 80 as the duo battle for the party’s nomination to face President Donald Trump in November. The later received 320 votes among the 328 Republican ballots cast in the March 10th election.

Missouri Secretary of State John R. Ashcroft explained that the state’s presidential primary is a partisan election, meaning voters are asked to pick a political party’s ballot. It is an open election, meaning the voters can pick one ballot from the Constitution, Green, Libertarian, Democratic or Republican parties regardless of their official political party affiliation.

In Scotland County there were zero ballots cast for the Libertarian, Constitution and Green parties.

Statewide there were 309,211 Republican ballots cast, with President Trump tabbed on 299,458. Bill Weld was the closest challenger with 2,147 votes while there were 4,182 non committed ballots.

Approximately 23% of registered Missouri voters went to the polls on Tuesday.

According to the Missouri Democratic Party, the Show-Me State sends the 20th largest delegation to the party’s national convention, which in 2020 will be held July 13-16 in Milwaukee to elect the Democratic presidential nominee.

The state’s presidential preference primary helps determine how 68 of the state’s 78 Democratic delegates will vote at that event. The party indicated that 44 delegates are chosen  at the district level at congressional conventions, with 15 at large delegates  selected at the state convention. There are an additional nine Pledged Leader Elected Official delegates, which typically consist of larger city mayors, state-wide elected officials, state legislative leaders and other state, county and local elected officials. All 68 of these pledged delegate votes are established through the presidential preference primary results. Biden will receive 44 delegate votes and Sanders will receive 24.

The final 10 delegates are automatic appointments, often referred to as superdelegates, such as Democratic members of the U.S House of representatives and Senate from Missouri; members of the Democratic National Committee who reside in the state, the governor (if her or she is a Democrat), as well as former distinguished leaders such as vice-presidents, presidents or Speaker of the House or House Minority Leader who reside in the state.

The superdelegates are not pledged, and may cast their vote freely for any nominee. Following the 2016 presidential election, the role of superdelegates were changed. After previously playing a role in the initial nomination process, the superdelegates have now been relegated to more of a tiebreaker status, and they will only vote if a nominee is not established on the first ballot by the pledged delegates.

According to Ballotpedia there will be 4,750 delegates at the National Democratic Convention. Of that total, 3,979 will be pledged delegates established by state presidential preference primaries, with 771 superdelegates.

California has the largest voice in the selection process with 494 delegates while New York will send 320 according to Ballotpedia. Texas has the next largest total of 261 delegates followed by Florida with 248 and Illinois with 184.

Following Super Tuesday, Ballotpedia indicated that Biden had secured 861 pledged delegates, with 710 pledged to Sanders. Prior to dropping out of the race, Warren had secured 70 delegates with Bloomberg at 61, Buttigieg at 26, Klobuchar at 7 and Gabbard at 2.

Generally delegates who were pledged to candidates who later withdrew from the race remain bound to those candidates per national convention provisions. However, as many as 12 states have statutes that allow the release of these pledged delegates to vote for a remaining candidate.

The Republican National Convention will be held August 24-27 in Charlotte, NC, where roughly 2,550 delegates, more than 2,440 pledged via state presidential preference primary elections, while nominate the party’s presidential nominee. 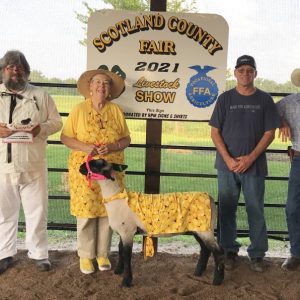