Any day now, I’ll be going to several locations to take down tree stands and blinds. The season is over in my area. The losses can’t be overcome. The successes can’t be undone. Stamp this season, done. I hunted pretty hard, had a miss, a couldn’t-find, a close call, and one pretty good buck down. I will lick my wounds, admire my trophy, and wait for another season. It won’t be long until the die-hards will be posting about how many more days until deer season opens again, even though Alabama has another two weeks. Can’t imagine how anything else in my life would get done if the season ran for six months out of the year. Again, I’ll gather my things, make some mental notes about what I need to different next year, and wait until September. Some of those big bucks will still be around. I hope I am.

One of the things we all do is assume our future is sure. We talk about the next season as if it claims the same assurance as yesterday. We plan, work, and talk without any regard toward the idea that we might have just hunted our last season. After all, no one dies at my age. My health is no issue. I live a normal, uneventful, and undangerous life. Next season is a given. But as I began penning this article, I was startled with the news of the untimely death of the former NBA superstar Kobe Bryant. The news just confirmed he died in a helicopter crash in California. He was 41. Even though he was retired, he played his last season. There’s no doubt he had been making plans for next year. He was a business and family man. His interests demanded he plan far in advance. I can’t imagine he was planning for an early demise. You’re not either.

The truth is, none of us know when we’ve hunted or played our last season. That time is not based on our birth date but on our death date. And only God knows when that event is. What we can know is that one day we will face an end or an eternity. If you don’t believe God exists, then you are betting our time on earth is it. If you’re a believer in God, you are betting you make it into a place that many people call heaven. If that place exists, it is only entered through an earned entrance or a gifted one. Christianity offers the latter. It’s why Jesus died. One can try to pay for their own sins, or he can choose to accept the truth that Jesus did that for him and claim salvation through Jesus’ death. But it’s every person’s choice. And because we don’t know about the certainty of next season, we would do well to come to some conclusion as to whether Jesus was a liar, lunatic, or Lord. 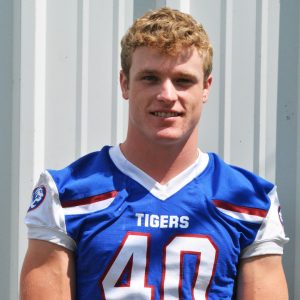