MACON – The Missouri Highways and Transportation Commission recently awarded a contract to W.L. Miller, of Hamilton, Illinois, for projects in Schuyler, Putnam, Scotland and Clark County in the amount of $2,913,840. The projects are as follows: 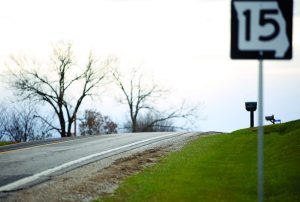 “The chip seal projects include crews applying liquid asphalt that helps seal off any cracks that may be in the road, and then will apply small aggregate rock,” said MoDOT Area Engineer Amy Crawford.

A chip seal can be accomplished without closing a road; however, it is extremely important drivers significantly reduce their speed during and immediately after the operation.  Excess rock is swept away by crews shortly after the operation is complete.  Typically, within a few days, the rock has either been embedded into the oil or removed from the surface.  The purpose of this operation is to keep a road in its same condition by infusing it with oil.

Traffic will be reduced to one lane through the work zones while the work is completed. The work could begin as early as this spring and should be completed before next fall.

“A more specific schedule on these projects will be shared after the contractor provides the plan for completing the work,” Crawford added.

For more information contact MoDOT’s Customer Service Center toll-free at 1-888-ASK MoDOT (275-6636).You can also visit us online at www.modot.mo.gov/northeast.